For an arts lover, there are few things more thrilling than finding an exciting and engaging new voice. Not only do you get to enjoy their latest work, but you can also anticipate seeing new delights in years to come as they explore, create, and craft new pieces.

Theatre fans have been thrilling lately to the works of Kristen Da Silva, the playwright behind Where You Are, which opened July 4 at the Orillia Opera House.

Da Silva isn’t a completely new playwright. In fact, Where You Are,her latest work, is her sixth play in four years. Her work has won a Stage West Comedy Award and been shortlisted on another occasion. She’s certainly been capturing attention in the theatre world: renowned playwright Norm Foster has called her “one of Canada’s best playwrights,” and Where You Are shows why.

This is the first chance for Orillia audiences to see her work, and it’s not to be missed. Most of Da Silva’s plays are set in rural Ontario. It’s familiar territory to her, having grown up in Nobleton, a farm town located west of Aurora. 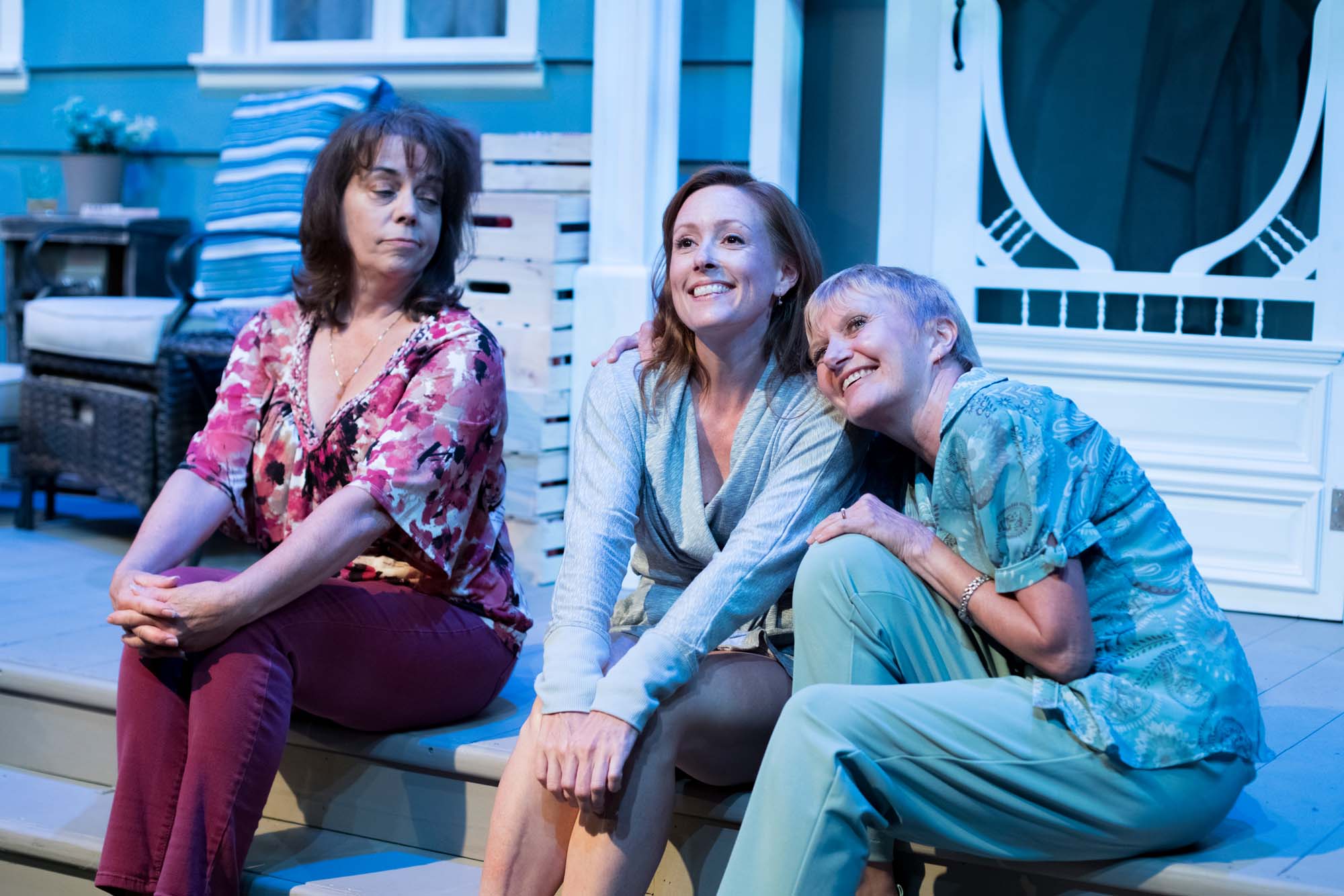 Where You Are… Wonderful Chemistry

Where You Are is set in Manitoulin Island, where sisters Suzanne and Glenda have shared a home for years.

The chemistry between them is wonderful. Suzanne, played by Debbie Collins, is bold and adventurous, prone to sleeping in late and complaining loudly about the noise the chickens make. Glenda (Susan Greenfield) is content and full of joy, in love with Manitoulin Island and her life there. They banter and quibble and take delight in gossiping about the neighbours.

Both sisters appreciate the charms of Patrick, the tall, young and handsome vet who lives next door, although Suzanne is the one who is much more likely to gaze openly at his butt as he walks away.

The repartee between the three of them is snappy, fast and joyful, but things take a more electric turn when Beth, Suzanne’s daughter, arrives for a visit from the city. She and her mother have a long history of arguing, and it’s clear Suzanne can’t help herself from criticizing her grown-up daughter.

It’s no surprise when the romantic sparks begin to fly between Beth (Caitlin Driscoll) and Patrick (Kevin Aichele). And the question whether these two walking-wounded hearts will be able to express their feelings for each other – or whether the sisters’ meddling will actually end up driving them apart – moves the plot along nicely. 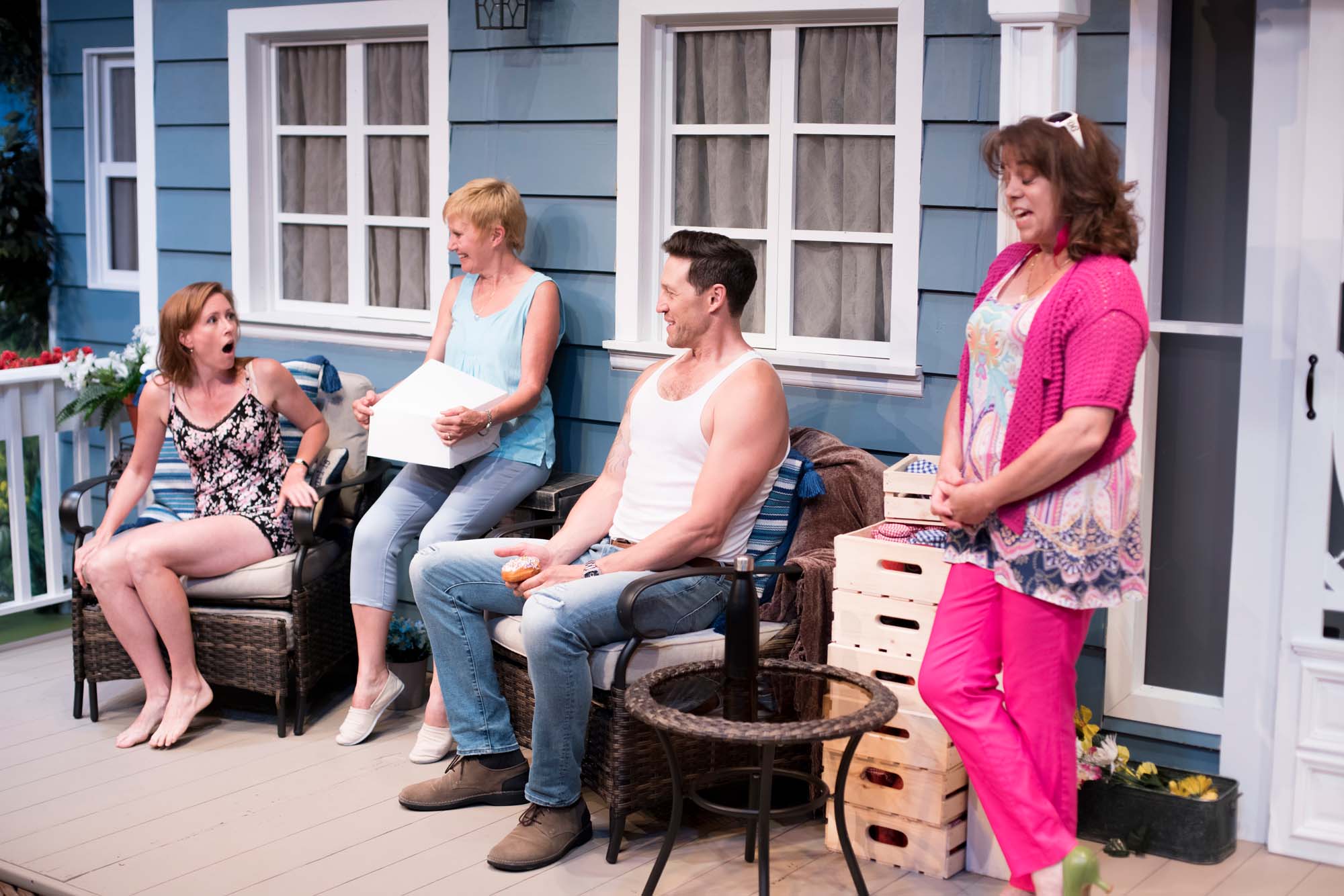 The writing is fast and funny, and this talented cast knows exactly how to make the most of a superb script. All three of the women are mesmerizing as they put forward a façade to conceal their hidden wounds, while still being uproariously funny. Patrick is the only one who wears his heart on his sleeve, and Aichele is delightful as the heartbroken heartthrob, a man so nice that he can’t even turn down a wedding invitation from the woman who left him at the altar.

But the Orillia Opera House and director Jesse Collins know that the best comedies aren’t just about the laughs: they also need to have a solid base, and Where You Are delivers. It’s clear early on that the sisters are keeping a secret, and when it is revealed in the second half the emotional quotient of the play rises dramatically.

Where You Are moves quickly and confidently from laughter to tears and back to laughter again. It’s a superb way to begin a season of excellent summer theatre.

Where You Are runs until July 19. The season continues with The Gentleman Clothier, a new comedy from Norm Foster (July 24 to August 9), and the classic Same Time, Next Year, which runs August 14 to 30.

For news on these and other Orillia upcoming events and things to do at the Orillia Opera House, visit their website at www.orilliaoperahouse.ca.

Andrew Wagner-Chazalon is Editor and CEO at Dockside Publishing. For more great happenings in Orillia and area, be sure to pick up Dockside Magazine’s ‘Best of Simcoe’, Summer 2019 edition, covering Barrie, Orillia, Simcoe County, Lake Simcoe, Lake Couchiching, and the Trent Severn. Visit their website at  www.docksidepublishing.com.